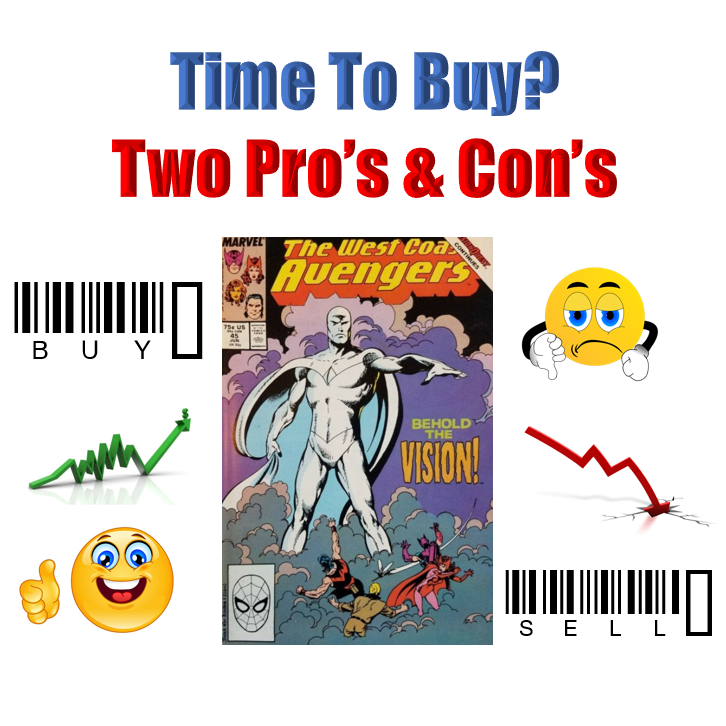 West Coast Avengers #45 is crazy HOT! It is flying off of eBay at prices that are comparable with established solid comic keys.

Of course this has everything to do with that WandaVision post-credit scene that shows Vision in a new white suit. The first appearance of the white Vision in Marvel is West Coast Avengers #45. Here are two reasons to buy and two reasons to sell. I also let you know what I’m doing.

Is it time to BUY or SELL?

Are you hunting or dumping this comic?

Let me know your thoughts in the comments below!

Full Disclosure: I sold one copy of this comic and am holding one copy.

If you enjoyed this post consider subscribing to the upcoming newsletter! Once a month I’ll be sending out a newsletter recapping new content and additional spec tips – Happy Collecting!